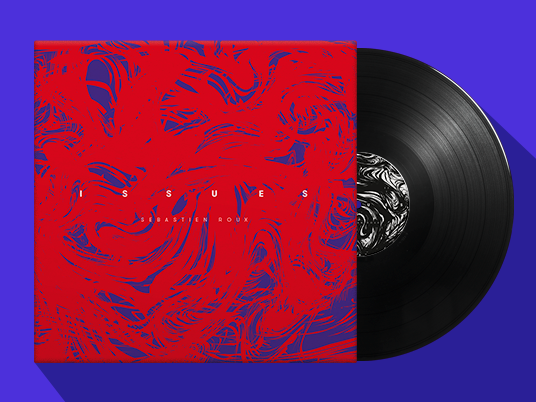 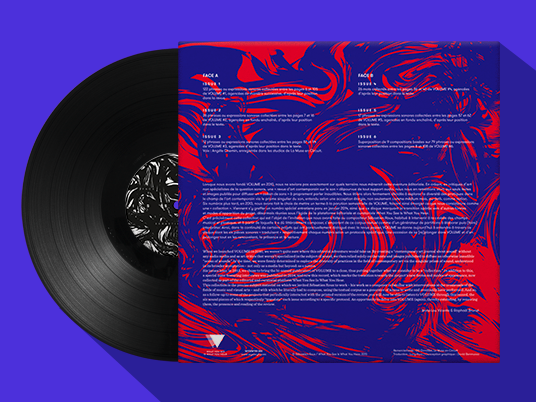 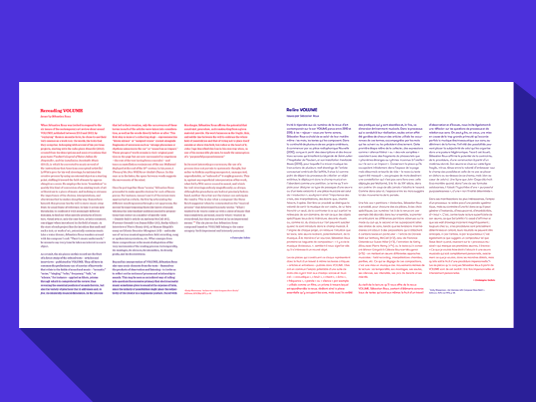 Issues results from the invitation made to Sébastien Roux to compose from the six issues’ collection of the contemporary art magazine about sound VOLUME, released between 2010 and 2013, using the textual corpus as a generator of scores to write and eventually have performed. And so, as a follow-up to some of the projects that periodically interacted with the printed version of the review, you will now be able to listen to VOLUME through this record, the six sound pieces of which respectively “translate” each issue according to a specific protocol. An opportunity to delve into VOLUME (again), thereby extending, by renewing them, the presence and reading of the review.

Excerpt of the essay written for the LP by Christophe Gallois, an art critic and curator at MUDAM (Luxembourg):

Beyond his interpretation of VOLUME, Sébastien Roux also uses sonic elements from the texts – themselves the products of observation and listening – to invite us to reflect on the notions of process and relationship to sounds. This may be seen as an indirect way of calling into question the excessive primacy that electroacoustic music sometimes gives to sound at the expense of form, since the infinity of possibilities might place the subjectivity of the creator in a hegemonic posture. Faced with this danger, Sébastien Roux affirms the potential that constraint, procedure, and constructing from a given material provide. His work balances on the fragile, thin, and subtle line between the will to embrace the whole field of possibilities and that of trying not to place itself outside or above this field, but rather at the heart of it. John Cage described this line in his own way when, in one of his memorable phrases, he made the assumption of a “purposeful purposelessness.”

Reading the review by Richard Allen on Closer Listen