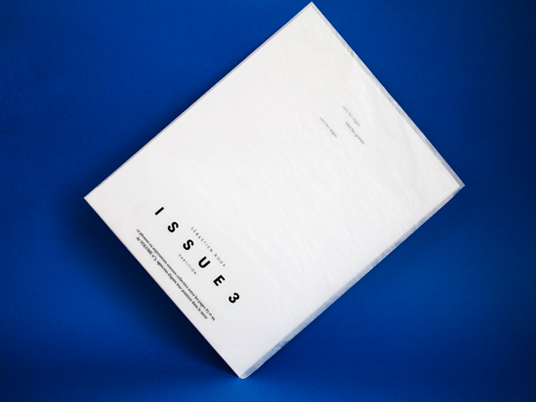 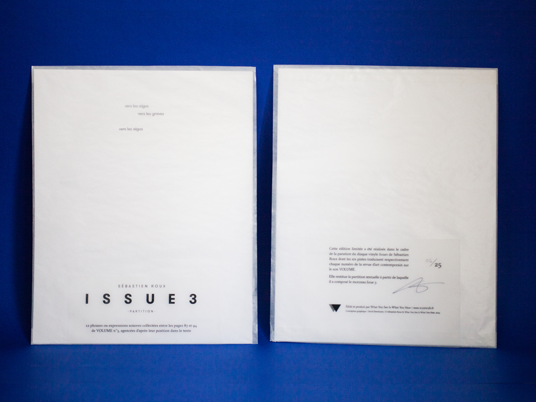 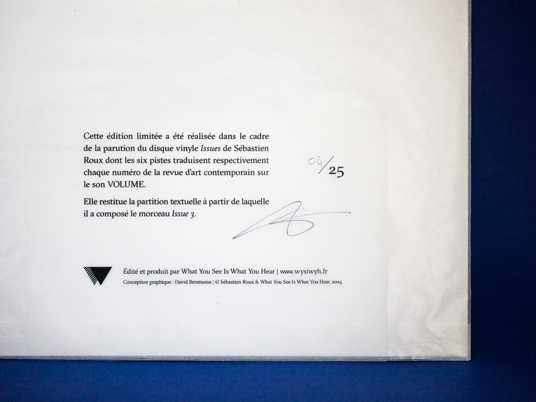 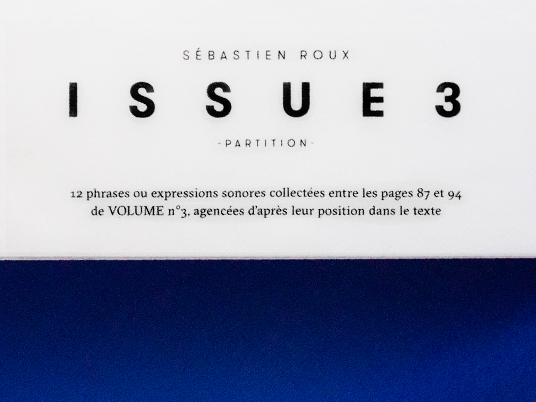 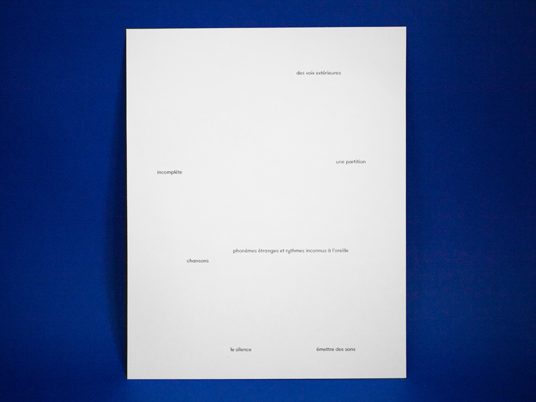 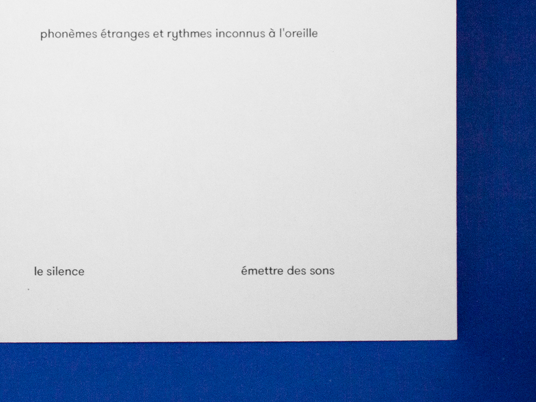 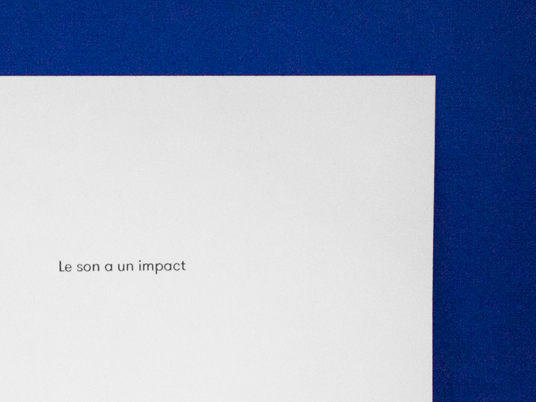 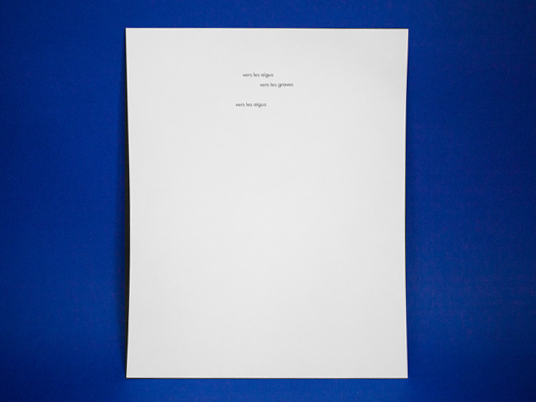 This limited edition of 25 numbered and signed copies was published on the occasion of the release of Sébastien Roux’s vinyl Issues, the six tracks of which respectively translate each issue of the contemporary art review on sound VOLUME, and reproduce the textual score on which the piece Issue 3 was based.

Sébastien Roux established a specific protocol for each score: starting with an index of sound-related terms (sound, voice, speech, recording, silence, noise, echo, music, etc.), he then revealed sequences that included these terms in one or several articles of each issue, then isolated them by masking the rest of the text in white. This process of extracting a latent acoustic potential takes the form of a spatialized writing style reminiscent of Mallarmé’s, the different elements and position of which consequently serve as composition references. This restriction is further complicated by the subjectivity of Sébastien Roux’s choices of acoustic terms and musical structures within the resulting score.