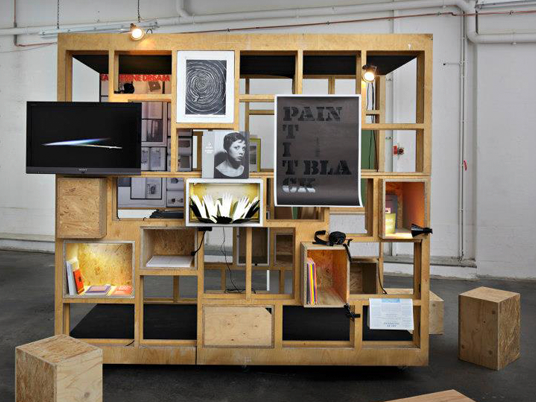 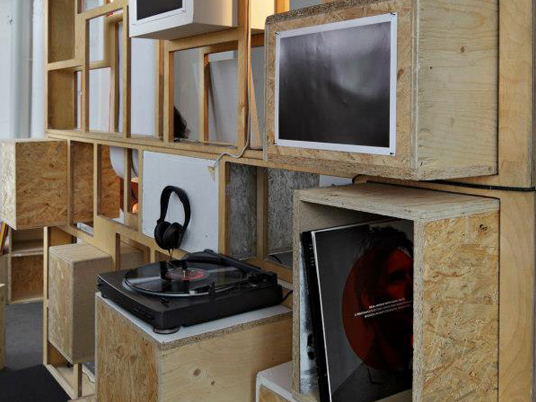 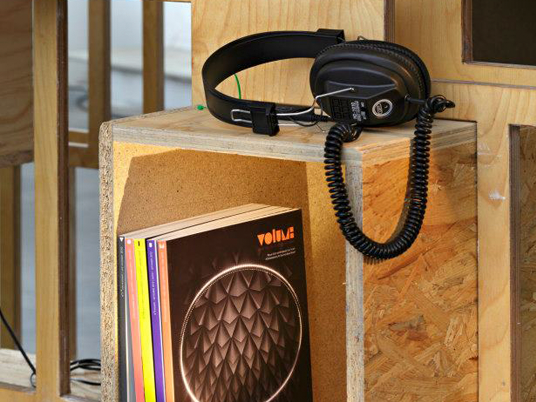 VOLUME as a score

Within the exercises (Dis)playing paper, hours and constellations project devised by Susanne Husse, the proposal VOLUME as a Score turns this editorial logic round…, considering the topics of the five issues of the magazine (and the 6th one which is currently in progress and will be released in May) as a database from which audio documents and works, but also videos, publications and objects will be selected, then transferred and displayed into the Turtle II – Luis Berríos Negrón’s architectural sculpture being used as the support of a spatial and tangible score. Here, textual comments and research topics leave place to a set of original works, editions, and documents by/on artists, which echo the magazine and its content as much as they create a new network of meanings. In this process of extraction made by Anne-Lou Vicente and Raphaël Brunel, editorial and curatorial practices cross each other in an analogical way, mainly based on selecting and organizing different elements in different kind of spaces which structure them, make them readable, legible and to some extent, “playable”. Thus, each element that belongs to the display works as a sample in a visual and audio mix the visitor is also invited, by his own progress through this scrappy score including listening, reading and experiment of some components, to build and re-activate.