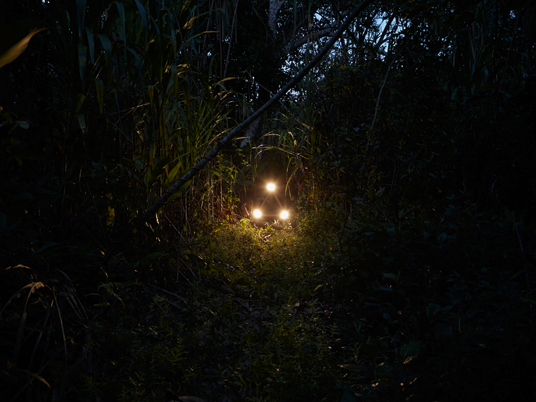 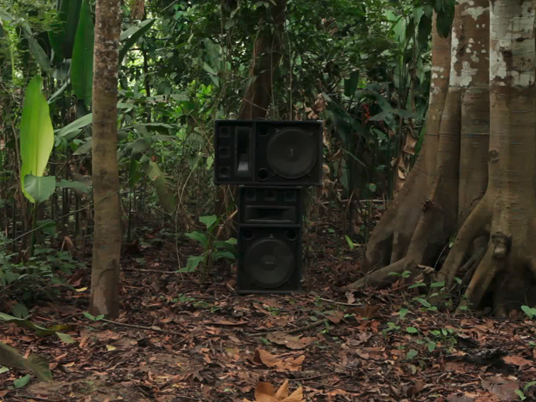 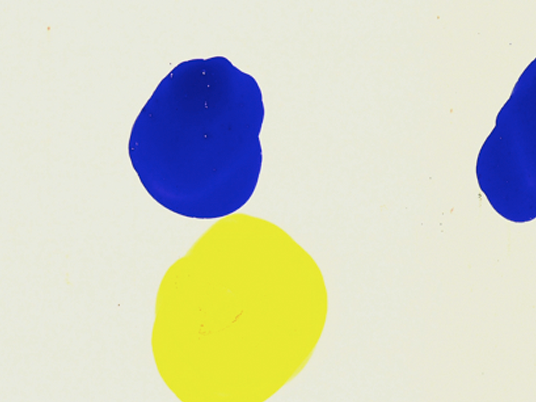 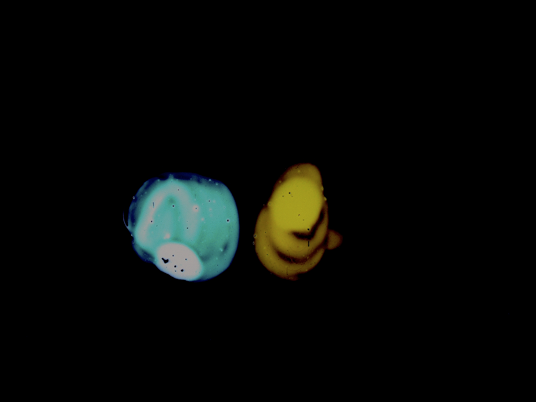 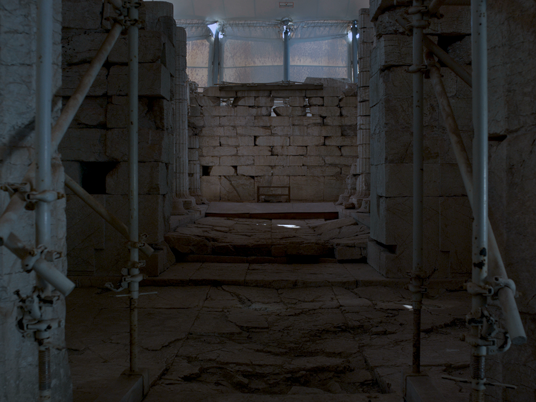 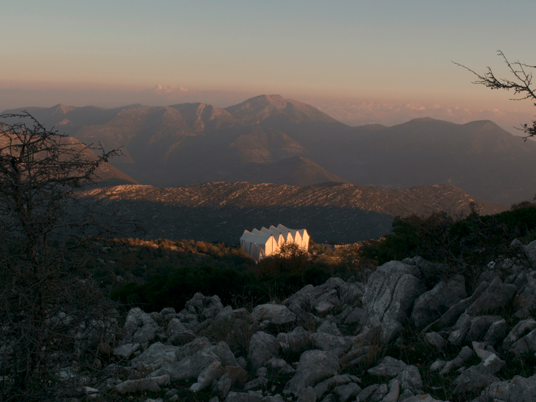 Responding to an invitation to create a video program on sound at the Cyclop, “Replay” comprises three works, the selection of which was based less on strictly acoustic factors – one of them happens to be completely silent – than on the way they echo the notions of reworking, interpretation, translation and transmission.

With Bassae Bassae (2014), French artists Fabien Giraud and Raphaël Siboni proceeded to rework Jean-Daniel Pollet’s film Bassae, as the title clearly suggests. The original short alternates indoor and outdoor shots of the Temple of Apollo Epicurius, which is situated on an eponymous archaeological site in the Arcadian mountains of the Greek Peloponnese, while a voice-over read by Jean Négroni evokes the memory and muteness of the antique stones. Although it makes sure to stay faithful to Pollet’s film, Giraud and Siboni’s contemporary version shows the edifice in a new light: like a ghost, it appears – and disappears – under the vast white marquee that has covered it since the beginning of its restoration in 1987. As if to amplify the silence and invisibility, the artists dissociated the image and voice-over, thus resulting in an autonomous acoustic piece in which the text is read by David Négroni, the son of the original narrator.

Like the series of pieces “Lines and Spaces” (2005-2009) to which it belongs, the film four words for four hands (apples.mountains.over.frozen) (2006), by the American artist Steve Roden, is based on a classical music score that the artist found in his grandmother’s garage as a child. Not knowing how to read sheet music, he translated the notes into letters (from A to G), and matched each of them with a color. He then transferred the resulting drawing onto 16 mm film, which was the same width as the musical staff. Reminiscent of some aspects of experimental cinema, this cameraless film, both positive and negative, and completely mute, shows us an abstract rendering of an inaudible piece of music – Steve Roden having never heard it himself.

El Sistema (2014), by Spanish artist Marco Godoy, takes us deep into the Bolivian jungle, where, at the break of dawn, something is about to happen: a boat approaches, a generator is started up, then a sound system appears, playing a loop of a reading of “El Sistema” by Uruguayan writer and journalist Eduardo Galeano, a defender of the peoples of Latin America. The text is an excerpt from his novel Days and Nights of Love and War (1978), and describes an “extermination plan” that seeks to eradicate grass by its roots – a metaphor of memory and protest, which, as the lushness of the surrounding vegetation suggests, resist and persist. The device was left on site for several hours to broadcast Galeano’s criticism of the destructive effects of progress, at the heart of a “virgin” territory where no one, except the plants and wildlife, could hear it.