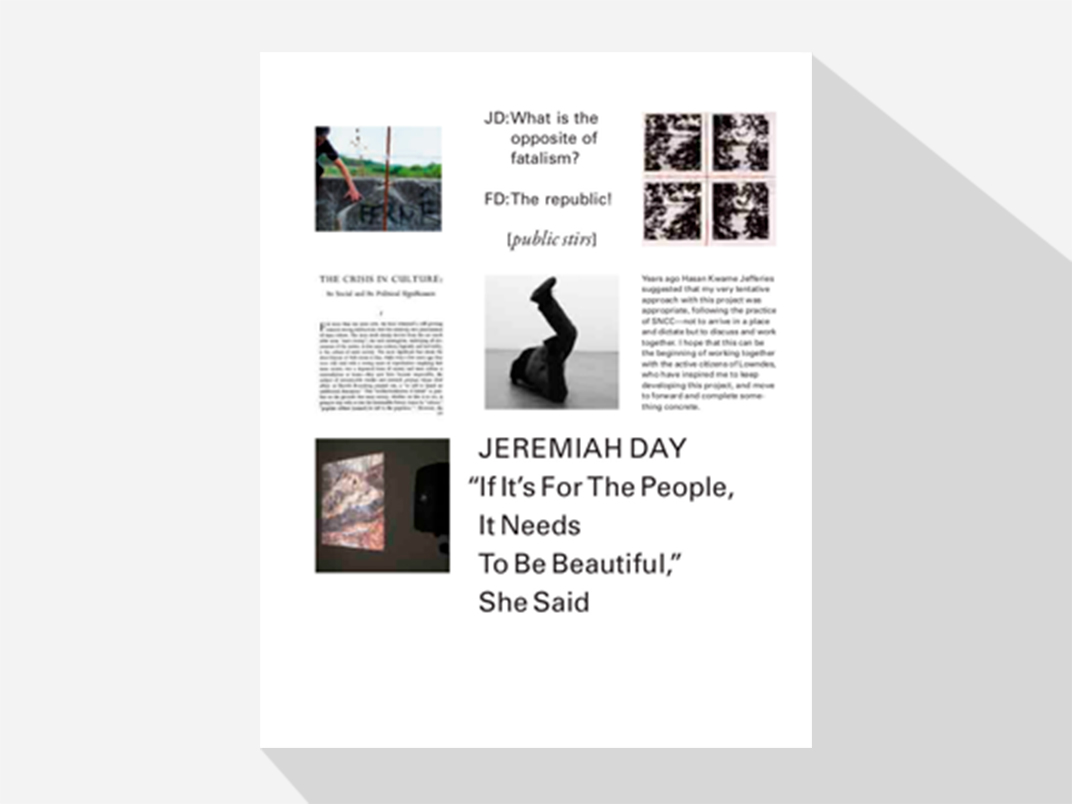 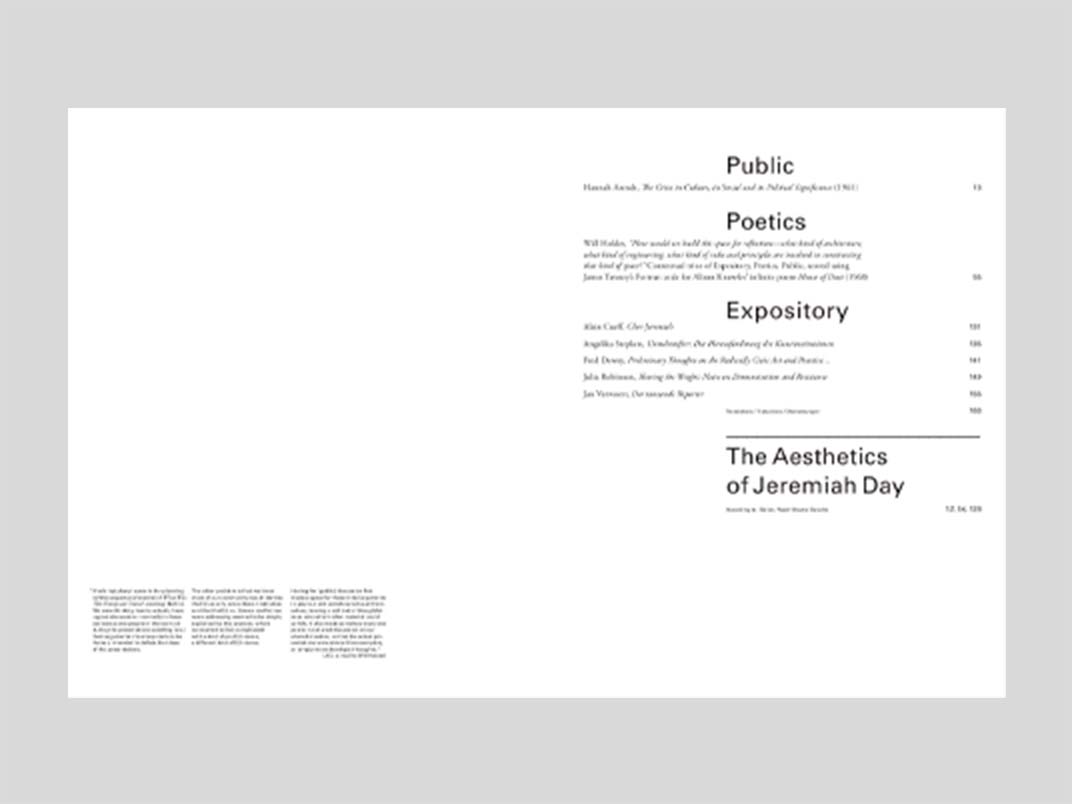 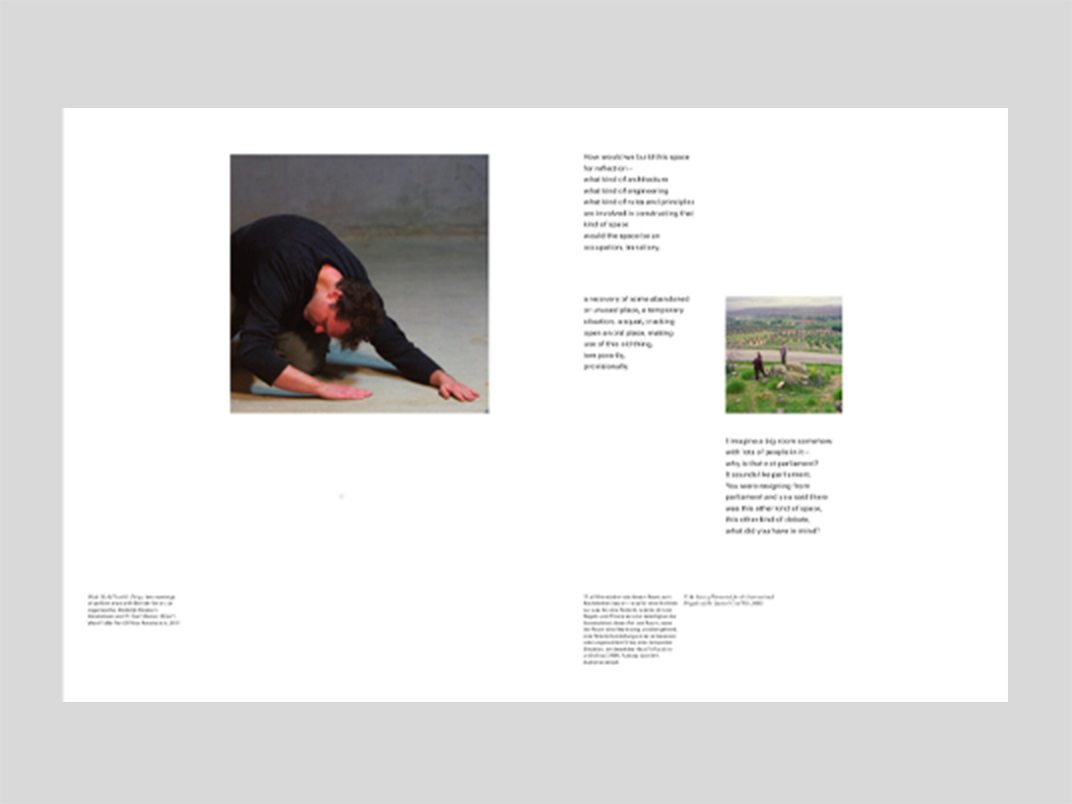 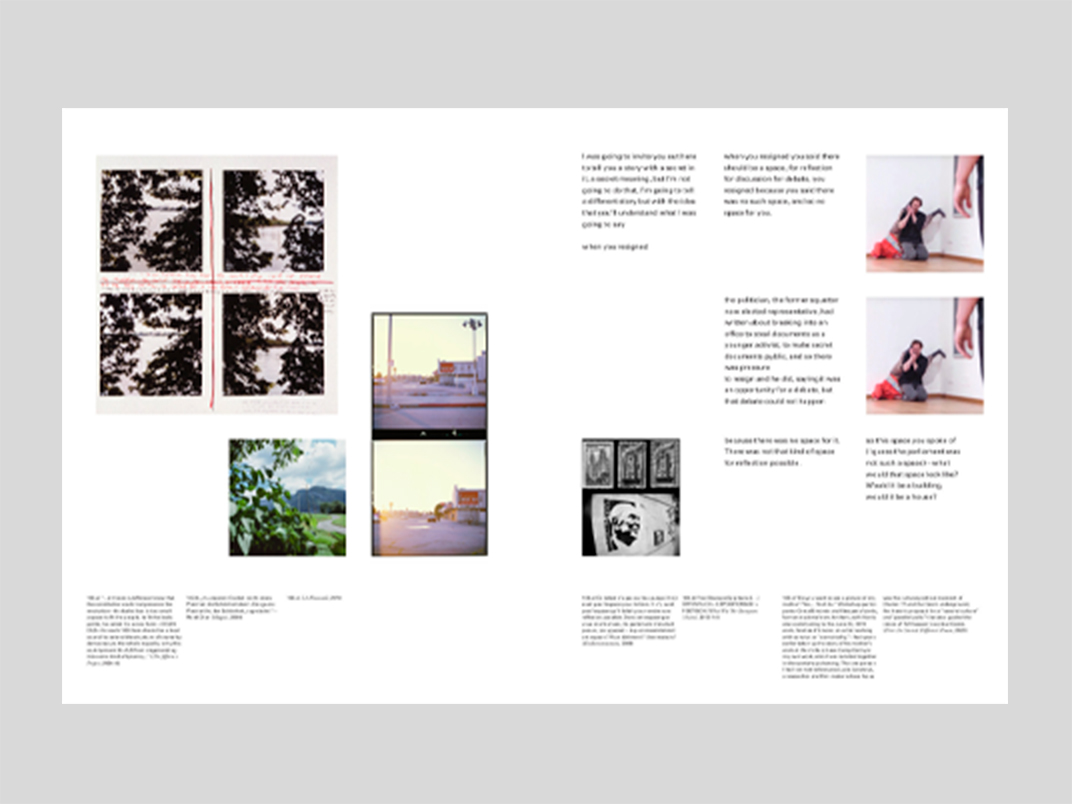 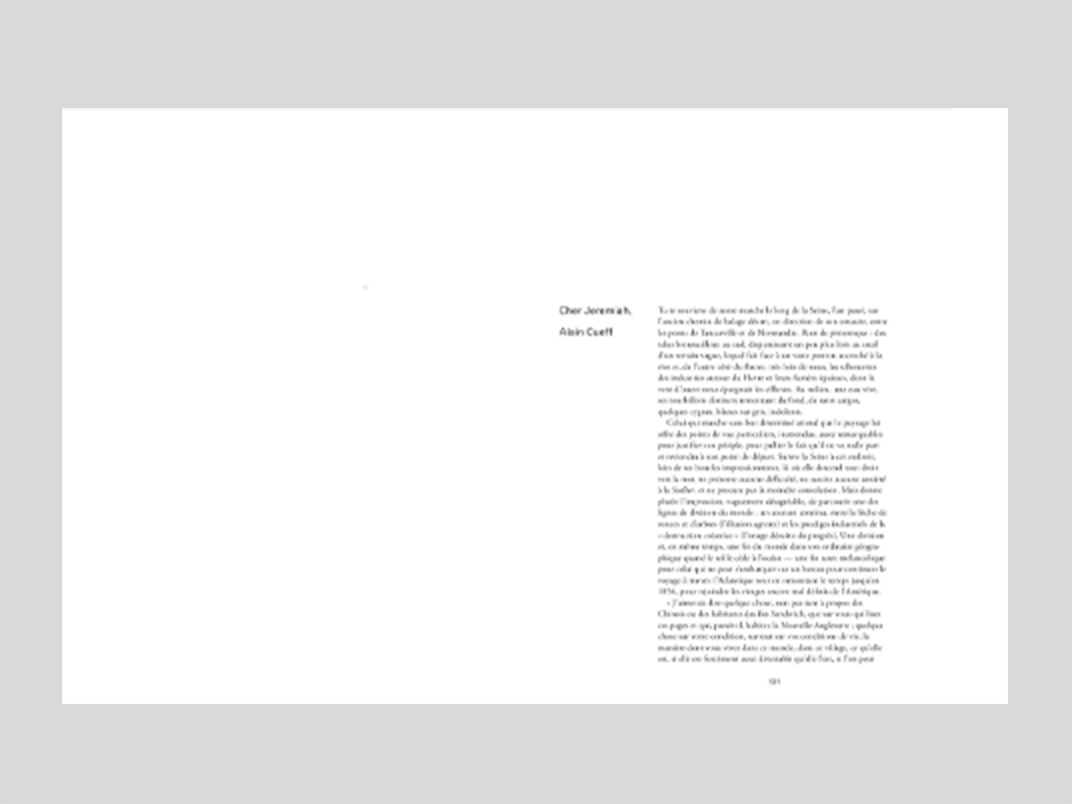 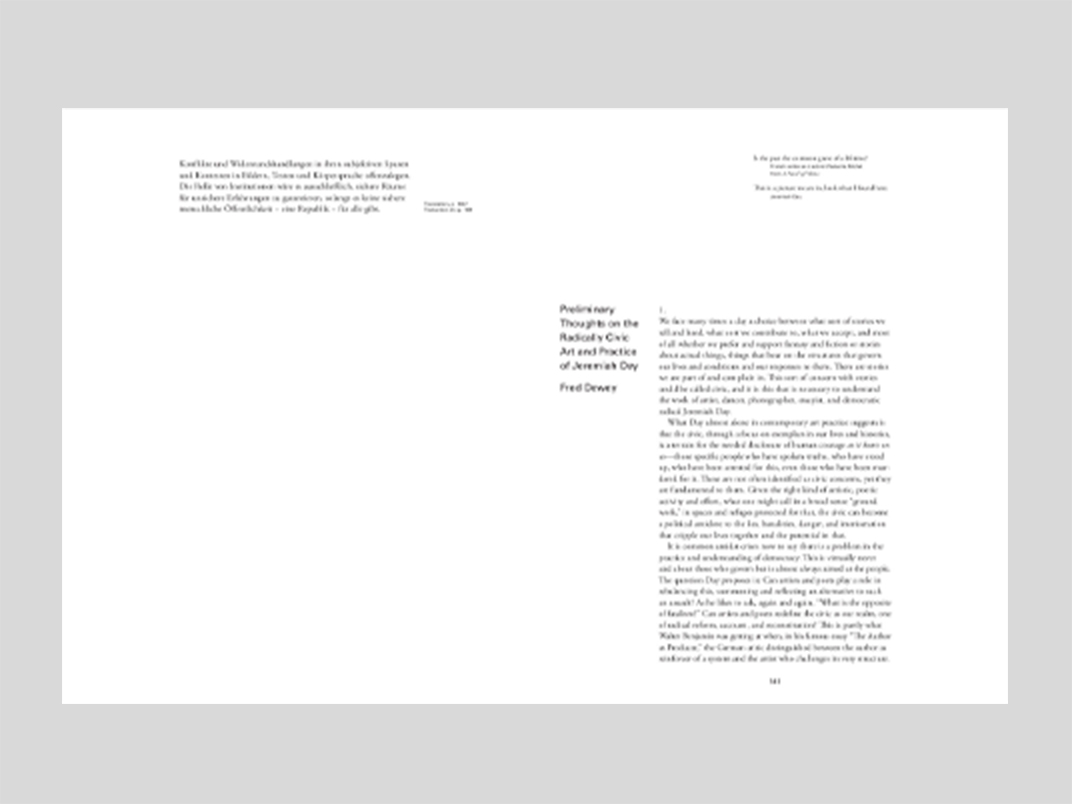 “If It’s For the People, It Needs To Be Beautiful”, She Said

Accompanying a series of solo collaborations in 2020, this publication offers the first comprehensive and global perspective on Jeremiah Day’s work as an artist, performer, researcher and teacher. As it details Day’s specific works and evolution between visual and performing arts and between political reflection and engagement the result also serves as sourcebook for the legacy of the intersection between dance and the visual arts of the 1960s and 70’s and the models of cultural practice emerging from the work of Hannah Arendt.

In his work, the Berlin-based American artist Jeremiah Day (born 1974 in Plymouth) re-examines recent political struggles and conflicts, revealing their subjective contexts and traces. To do this, he has developed a narrative and choreographic form in which personal and political realities intermingle, thus offering a thoroughly singular vision of these at times forgotten moments of history.
The distinctive feature of his method lies in a transversal approach. As a student of and regular collaborator with Simone Forti, one of the pioneers of Post-Modern Dance, he has turned performance into a now central and structure-providing practice. Since 2014, Jeremiah Day has in effect presented many performances, which contain movement, improvisation, photography and the spoken word, in order to broach universal historical and political subjects, but within an intimate and incarnated context.

Co-edition : What You See Is What You Hear, with Le Lait, Albi, Badischer Kunstverein, Karlsruhe and Villa Romana, Florence. With the support of CNAP.